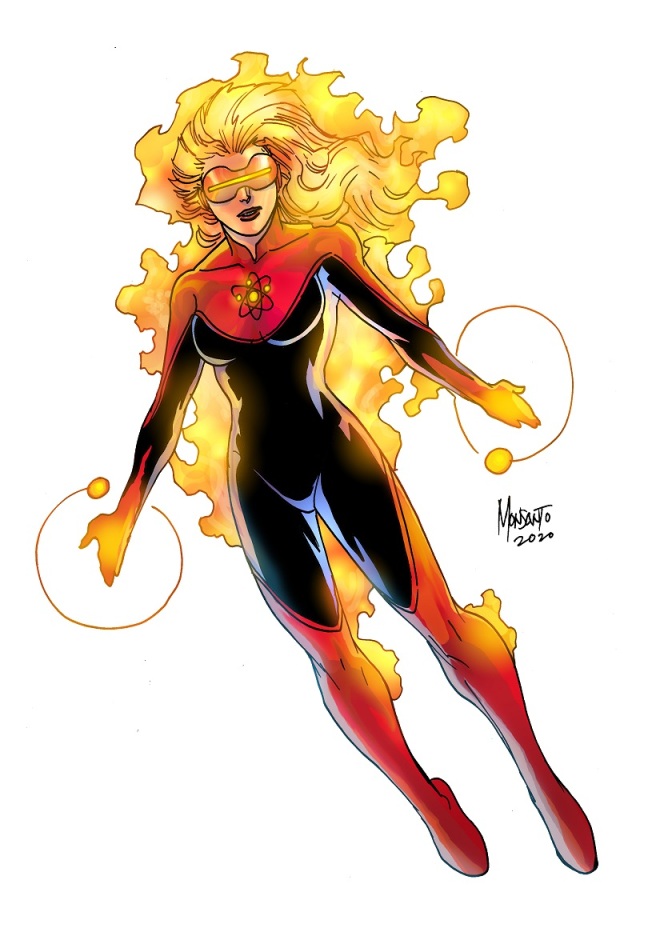 Background: Gail Sanders was a scientist working at the Atom Valley Nuclear Power Facility when she witnessed something incredible: a being dressed in red entering her universe from another. He alternately referred to himself as Phil and as MOTA, telling her that he had traveled through hundreds of universes and in nearly all of them he was always drawn to variants of her. Sometimes she had different names or slightly different appearances but she was always brilliant, capable, and (in his eyes) beautiful. After exploring more of the universe, MOTA returned to say goodbye to her — he gave her a kiss, accidentally transferring a small amount of his essence to her. Shortly thereafter, Gail was at CERN when the Large Hadron Collider was used to open doorways into both Heaven and Hell. She was confronted by beings known as the Ophanim, who sensed a ‘spark of the Divine’ within her. She unwittingly tapped into the power given her by MOTA and used it to help a number of other heroes, including Catalyst, the Straw-Man, Jupiter, and Calavera, to save the world. Since then, she has occasionally used her powers to help protect the planet, though she prefers to avoid the limelight.

One thought on “Singularity (ICONS Writeup)”