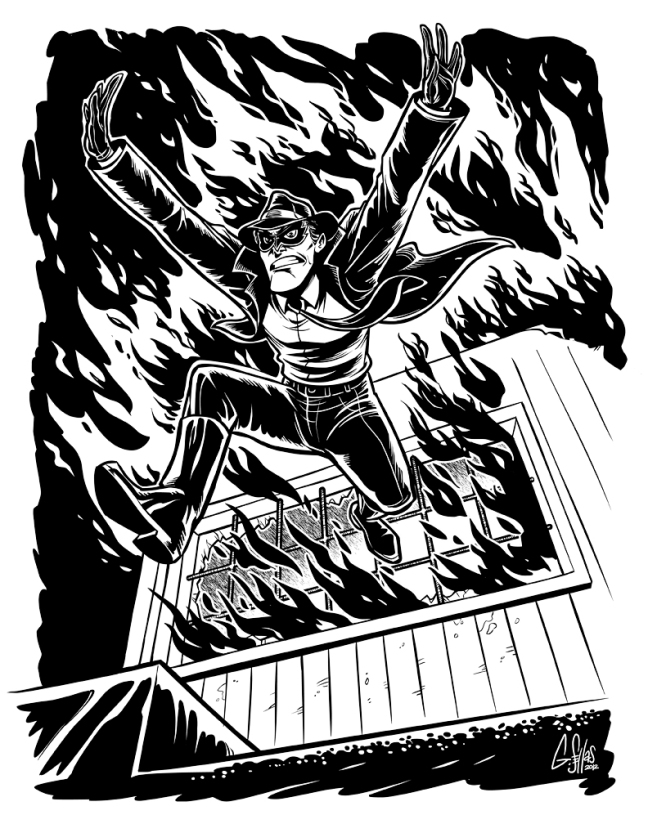 Early reactions to Worlds Apart, the crossover novel between the heroes of the Femforce comics and my Reese Unlimited imprint, have been positive — and I heard from Sean Ali, the formatting genius who’s working on the 11th volume of Lazarus Gray. He said that he was genuinely shocked and thrilled by the ending to that book. Volume twelve has to do a lot of work explaining and dealing with what happens at the end of eleven… but Mike Hintze, who edited that one, said that he was impressed with how I resolved it all. Fingers crossed that everyone else agrees.

I’m working away on the first short story in the third Straw-Man book. This one brings in my modern-day updating of the American Crusader. She might stick around as a supporting character. We’ll see.

Our art today is by George Sellas and features The Peregrine making an emergency exit.