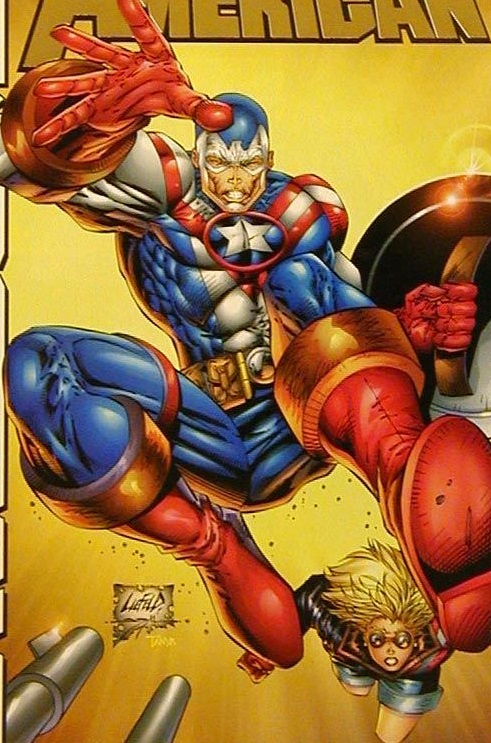 Rob Liefeld’s Fighting American was John Flagg, a young man who volunteered for a government experiment. He came out as the government’s #1 super soldier and fought both overseas and at home during the second World War. Equipped with a weaponized shield, Fighting American protected his country from all manner of threats and became recognized the world over as a sentinel of liberty. He had a trusted sidekick named Speed Boy. Speed Boy was presumed dead after one of their missions only to resurface years later as a deadly assassin.

John Flagg retired after the war, traumatized by the death of his partner. He came back into action decades later once he heard that the Iron Cross was back from the dead. Fighting American was then teamed up with a spunky new cyborg sidekick named S.P.I.C.E. (Super Prototype Intelligent Cyborg Entity).

Marvel Comics sued Rob Liefeld over his version of Fighting American – in the end, Liefeld was able to move forward with his comics but he was legally barred from having the hero throw his shield as that would have been too close to Captain America’s mode of combat.