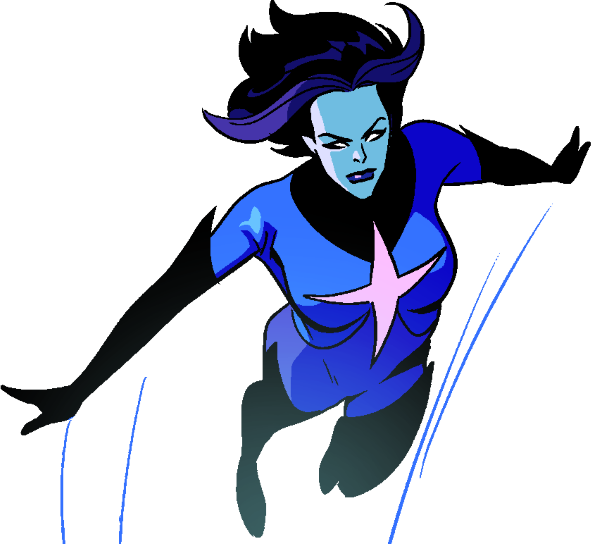 Qualities
Attacks from a distance
Proud member of The Eliminators

Not much is known about Rogue Star – she’s a member of the Eliminators and a foe of the Mighty Crusaders. Based upon her name and the powers we’ve seen, it appears that she has some sort of stellar powers – but she’s pretty much a blank slate with a cool costume! She and her teammates could be slotted into just about any superhero campaign with minimal effort. Given the fact that her skin is such an odd color, perhaps she’s an alien?